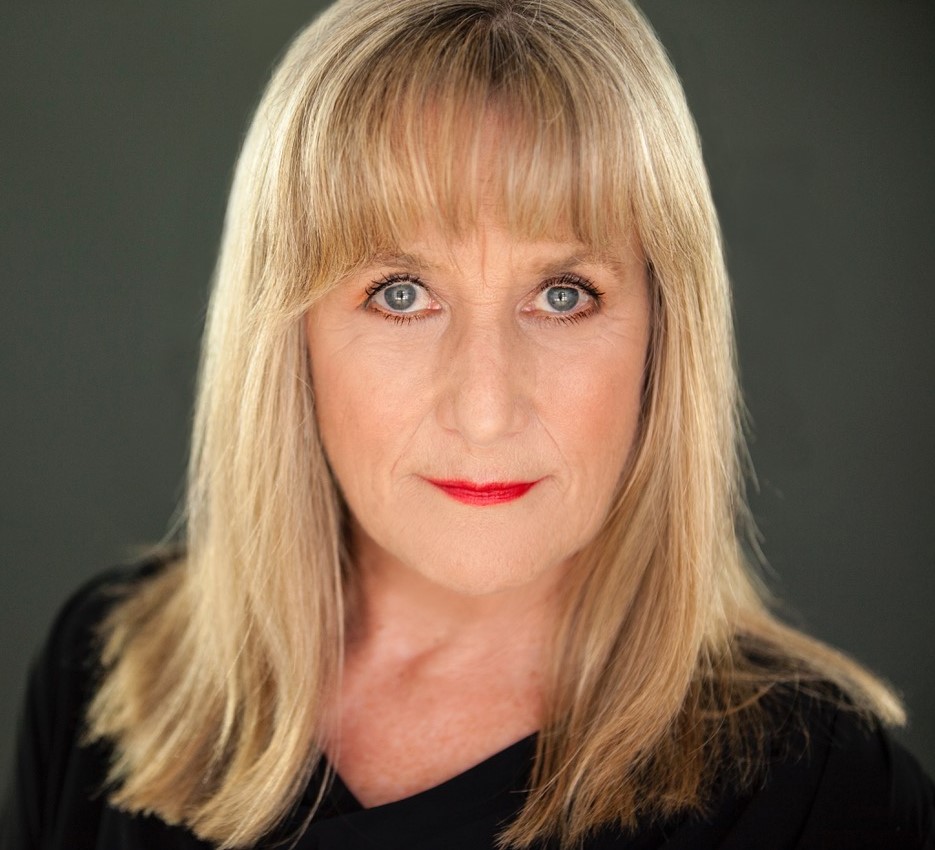 Actor: Joan McBride. Playing Ruth Steiner, Joan is a professional actor and member of Canadian Actors’ Equity Association and ACTRA, represented by Reisler Talent in Montreal and living in Prince Edward County. Whether on the stage, screen or behind the mic, Joan has a keen eye for detail and nuance bringing authenticity and artistic integrity to every role she takes on.

On screen, Joan is celebrated for her work as Betty, the psychopathic church lady, in the award-winning horror film End of the Line (Maurice Deveraux Productions). Recent projects include Woman in Car (time’s thievish progress to eternity FILMS). The highly praised psychological drama premiered in 2021 at The Canadian Film Fest and The Cinequest Film & Creativity Festival, in California. Other notable credits include several productions on Fatal Trust (CMJ Productions), 18 to Life (Gala Films), Abandon (Paramount Pictures), God Bless This Child (ABC Movie) and feardotcom (Warner Brothers).

On stage, Joan is an active member of the performing arts community in Prince Edward County, Ontario, since moving there in 2014. Recent productions include the role of Lucy Hopperstaad in Norm Foster’s On a First Name Basis, (2019) with acclaimed Canadian actor John Koensgen, as well as the role of Emily Dickinson in the one woman show The Belle of Amherst (2017) by William Luce. Joan’s performance in The Belle of Amherst was praised for being “mesmerizing”, “moving” and “sheer poetry”.

Joan is an accomplished theatre director and acting instructor, with over thirty years of experience teaching at John Abbott College’s Professional Theatre department until 2013. During that time, she conceived and directed Anglo! A Musical Cartoon, which played to full houses, in Montreal, for two and a half years, and directed her students in productions of Dylan Thomas’ classic Under Milk Wood and Edward Bond’s Tin Can People, both of which performed at the Edinburgh Fringe Festival in 2011 and 2013. Joan is thrilled to return to Mount Tabor in this thoughtful, impactful play. 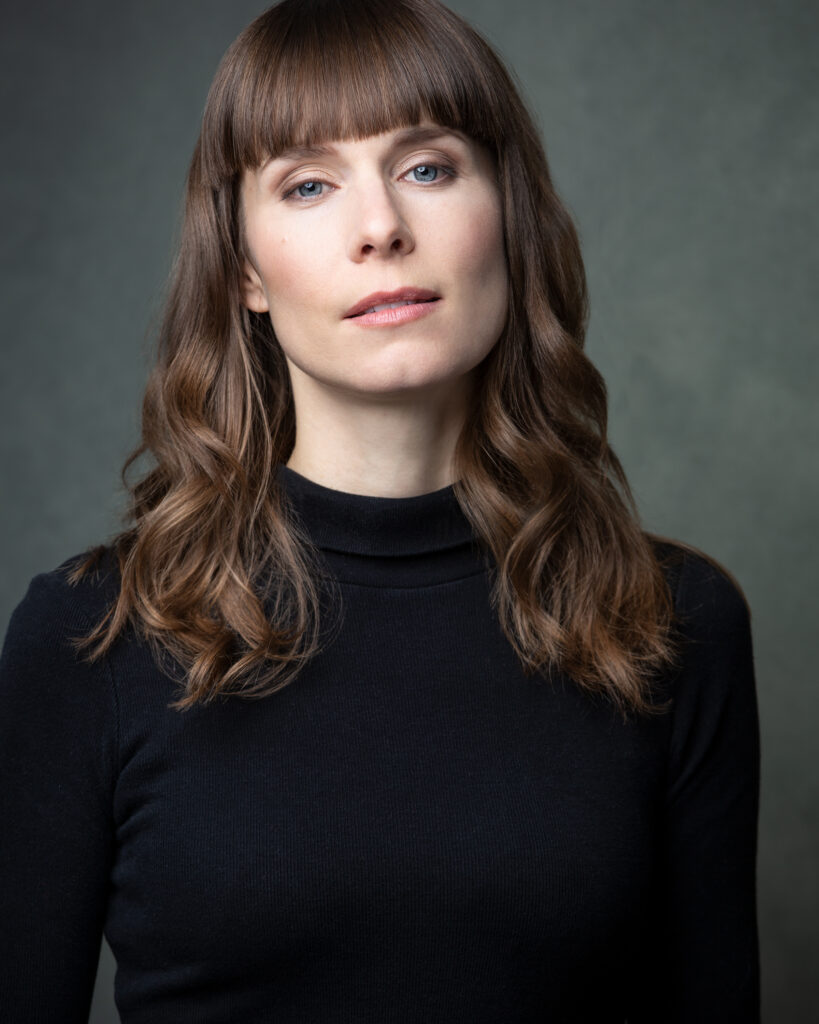 Actor: Melissa Paulson. Playing Lisa Morrison, Melissa is a Canadian actress from Montreal. She went to theatre school at John Abbott College. She left Québec for New York City for a year and took a writing class at the PIT led by Peter Michael Marino. This was the start to her developing her one-woman show For the Love of Pie. She performed her play at the Montreal Fringe where it was nominated for Best Solo Fringe show and then Chicago where it was selected as one of the five best bets of the Chicago Fringe 2016 by Timeout Chicago.

She has worked with directors Karena Evans, Claude Desrosiers, Emanuel Hoss Desmarais. She has guest starred in Adam Sandler’s Murder Mystery, Amazon Prime’s The Boys, Hallmark’s Christmas in my Heart, and played Quinn in Freeform’s The Bold Type. She is the co-founder of the independent film collective Hysterical Hearts. Their first short film Savage Breakup was selected at St-John’s International Women’s Festival 2020. In 2009, she met filmmaker Erik Anderson whose latest film My Thesis Film: A Thesis Film by Erik Anderson won the prestigious Norman McLaren Award, Best Narrative feature at the Brussels Independent Film Festival, and was listed as one of the Top Ten Canadian features in 2019 by The Globe & Mail. They worked on his first feature The Second Times of Troubles. Throughout the years they reunited to film its sequel Misogyny/Misandry with actor Dan Beirne. They are now joining forces again to complete this trilogy with the feature Tyler’s Review.

Having studied with Joan at John Abbott College, Melissa is delighted to be on stage with her at Mount Tabor. She has made the County her home since 2017 with her husband Dane and their 3 and a half year old daughter Cecilia. 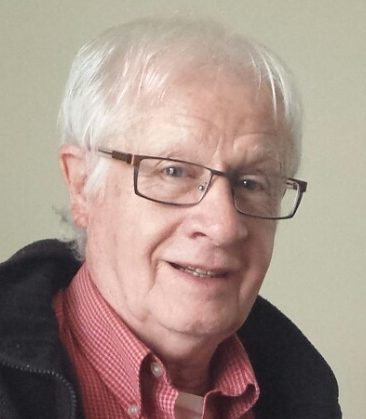 Director and Set Design: Fred Robinson. Fred studied in England and at Concordia University in Montreal, taking theatre courses and graduate courses in English. He has taught high school courses in English, drama and theatre since that time. He has directed over 30 major theatrical productions ranging from Victorian comedy of manners (The Importance of being Earnest) to modern comedies (On the Razzle), to rock operas (Tommy, Jesus Christ Superstar), musicals (Chess, Phantom of the Opera), satirical works (Animal Farm, Oh What a Lovely War) and biographical works (The Fifth Sun).

Fred directed the County Roads Theatre Company production of “The Belle of Amherst” in 2017 which explored the life of Emily Dickinson, a poet who has always fascinated him. Fred returned to Mount Tabor to direct "On a First Name Basis" in 2019, and now is delighted to help Ruth and Lisa navigate a complicated relationship in “Collected Stories”.

Stage Manager: Colleen Johnson. Colleen has been part of the Prince Edward County scene for over 40 years. Actor, director, producer, she now spends most of her time as a stage manager, set designer and set artist. She has been part of County Roads Artist Collective, Shatterbox Theatre, County Theatre Group, Prince Edward Community Theatre, Quinte Isle Theatre Group and the Marysburgh Mummers. She also worked as the Operations Supervisor of the Regent Theatre for five years. As a musician playing flute and piccolo she has toured Europe and North America with the 8 Wing Trenton Military Band and currently she is playing with the Brighton All Star Band out of Brighton Ontario. 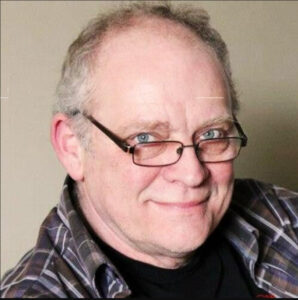 Props Manager: Robert (Bob) Schroën. Emigrating from the Netherlands at the tender age of 9 with his parents and two older brothers, Bob spent his childhood and teenage years in Toronto but then discovered Prince Edward County in the late 60's, married and started a family while continuing to visit the County. Being the son of a master carpenter and with a family history of architecture, he loved to work with his hands and explore new possibilities such as information technology. Bob has been around many stages and looks forward to supporting Collected Stories. 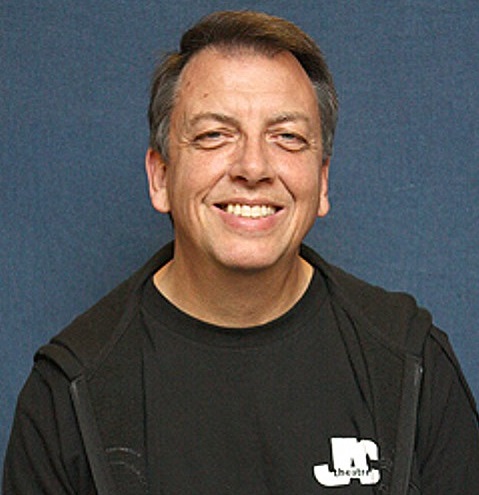 Sound Designer: Michael Drolet. The Sound Designer for The Belle of Amherst and On a First Name Basis, Michael is pleased to be back for another production with County Roads Theatre Company. Recently retired from teaching sound for theatre at John Abbott College in Montreal for 15 years, Michael has designed sound for more than 30 theatre projects including “The Tin Can People”, “Under Milk Wood” and “This Day in December” all three of which were presented at the Edinburgh Festival Fringe. From 1989-2008 Michael taught sound for theatre at the National Theatre School of Canada. During a thirty-four year career with the National Film Board of Canada, he served as Chief of Sound and Projection, and Consultant for New Technology Development. Michael studied Electronics Technology at Dawson College and Physics and Computer Science at Concordia University. 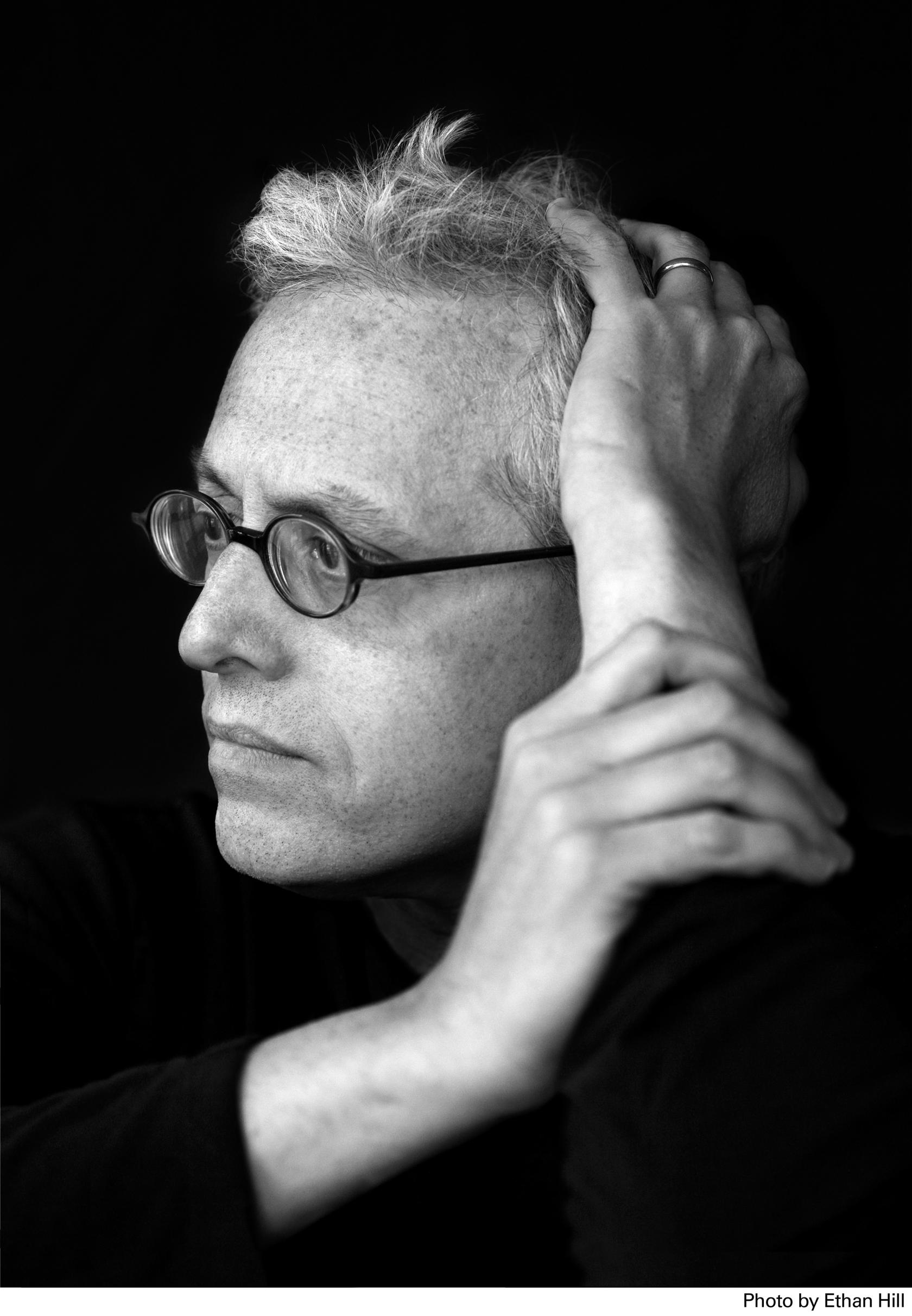 Playwright: Donald Margulies. Donald Margulies won the 2000 Pulitzer Prize for Drama for Dinner with Friends and was a finalist twice before for Sight Unseen and Collected Stories. His many other plays, which include Long Lost, The Country House, Shipwrecked! An Entertainment, Brooklyn Boy, the Tony Award-nominated Time Stands Still and the Obie Award-winning The Model Apartment, have been produced on and off-Broadway and in theaters across the United States and around the world. Mr. Margulies has received grants from the National Endowment for the Arts, The New York Foundation for the Arts, and the John Simon Guggenheim Memorial Foundation.  He was the recipient of the 2000 Sidney Kingsley Award for Outstanding Achievement in the Theatre by a playwright. In 2005 he was honored by the American Academy of Arts and Letters with an Award in Literature and by the National Foundation for Jewish Culture with its Award in Literary Arts. In 2019, he was inducted into the American Academy of Arts and Sciences and was the 2014 recipient of the PEN/Laura Pels International Foundation for Theatre Award for an American Playwright in Mid-Career and the 2015 William Inge Award for Distinguished Achievement in the American Theater. He has developed numerous screenplays, teleplays and pilots for HBO, Showtime, NBC, CBS, Warner Bros., TriStar, Universal, Paramount, and MGM. The film of his screenplay, The End of the Tour, which premiered at the Sundance Film Festival in 2015, was nominated for the Film Independent Spirit Award and the UCLA Scripter Award for Best Screenplay. He is an adjunct professor of English and Theater Studies at Yale University. 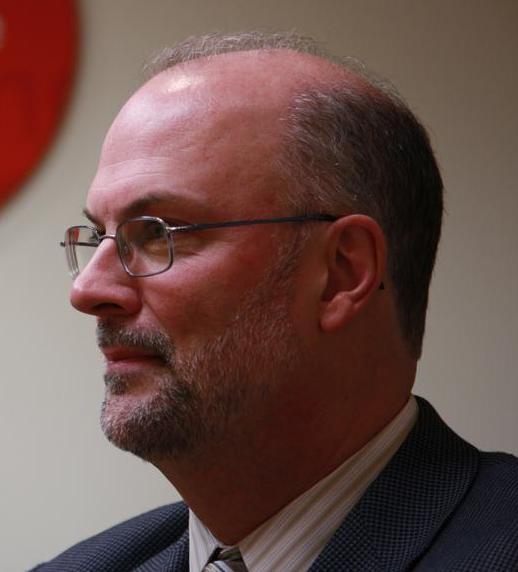 Producer: Charles Morris. Pleased to be a part of this amazing project, Charles is married to Joan McBride, and is better known around the County as the Anglican Minister at St Mary Magdalene Church in Picton.  Charles produced the Country Roads Theatre Company productions of The Belle of Amherst in 2017, and On A First Name Basis in 2019, and is delighted to be returning to Mount Tabor to present this play which explores how time, truth, and art change people.

The County Roads Theatre Company engages under the terms of the INDIE 2.2, professional Artists who are members of Canadian Actors’ Equity Association.